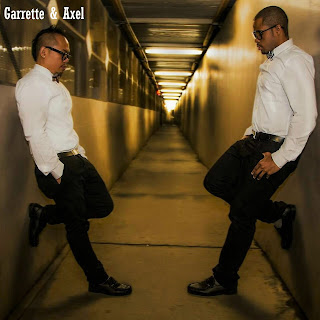 Garrette & Axel established as a duo in 2014 in New York known then as D'eclectic, consists of two dynamic and charismatic songwriters, recording, and performing members of different backgrounds that saw an early rise in the duo's popularity.

After a brief hiatus from the music scene; to focus on the completion of their college education, Garrette (Jamaican) and Axel (Filipino) are making a comeback.

Under their independently owned label G & A Recordings, they released their first EP "Better Late than Never," with the lead single "Beautiful" - a Pop-Reggae track which has been receiving rave reviews.

Garrette & Axel decided that it is "better to be late than never" and to continually push themselves because of the passion they have for music.

"Better Late Than Never, "is a five-tracked compilation of Pop-Reggae, R&B, and Alternative Rock Music. The EP's title "came from the idea of never giving up on our desire to create and share our art with the world despite how slow the process has been," says Garrette.

The duo wants their music to speak for itself as their body of work is reflective of their state of mind and their ability to love and encourage others to continuously pursue their dreams.

Garrette & Axel aspire to rock the world through the medium of music. The duo hopes that their growing fanbase will continue to stream and purchase their music as they strive to touch the hearts of those who hear their music.

The creative fusion of their cultures is heard in their music and primes the duo as an excellent crossover for fans in the U.S. and international markets.

Pubblicato da Reggaediscography a 9:29 AM
Email ThisBlogThis!Share to TwitterShare to FacebookShare to Pinterest 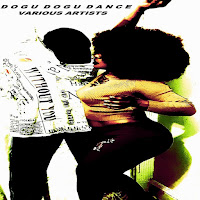