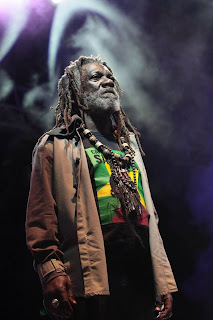 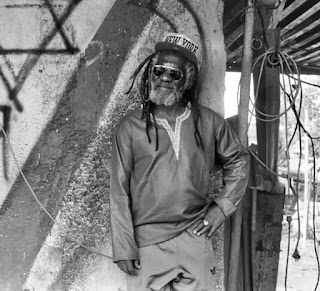 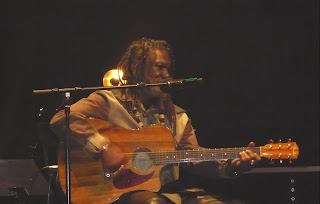 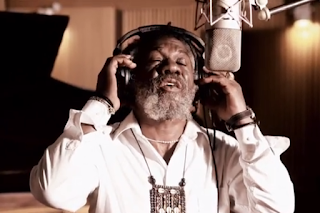 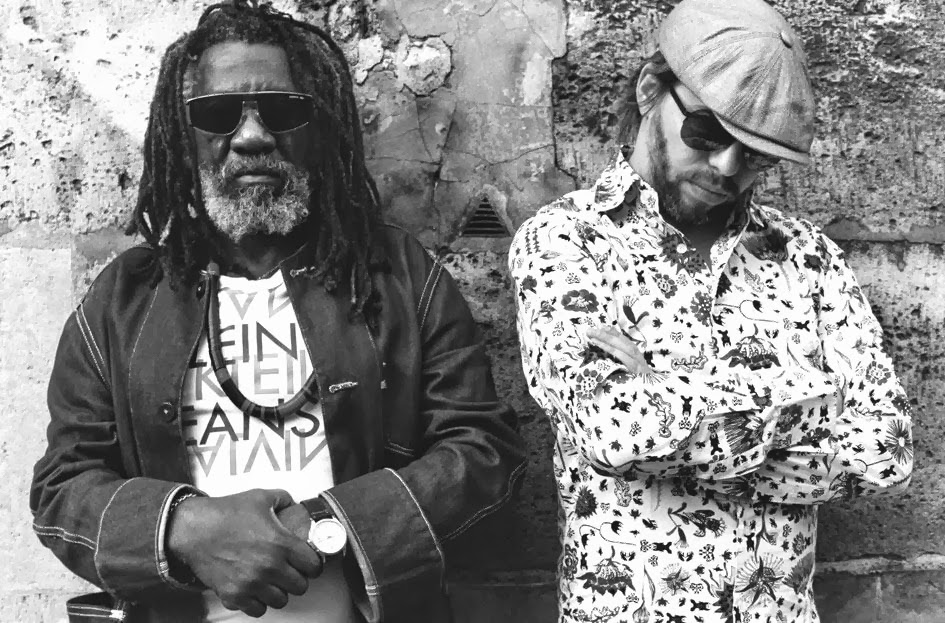 
Biography:
Son of pastors, Winston McANUFF was born in 1957 in the hills of Jamaica (Christiana).
His parents are very involved in music, so it is quite naturally that he starts singing in church.
When his father died in 1971, he left his hometown to settle in Kingston with his sister, who was a teacher. In this new urban environment, he becomes friends with Hugh Mundell, Earl Sixteen and Wayne Wade.

Sure of their potential, he accompanies them to their first auditions and even composes some of their first tracks (notably "Malcolm X" song by Earl Sixteen, then taken over by Dennis Brown). After introducing his friends to various renowned producers (Joe Gibbs, Derrick Harriott and Yabby You, respectively), Winston recorded a number of Derrick Harriott’s titles, starting in 1975. His debut album "Pick Hits to Click" is released in 1977.

In 1980, a second album will follow, called ‘What A Man A Deal’. For years, the success of his two first albums will remain confidential, even if some pieces, as ‘What Man Sow’ are internationally shared amongst reggae lovers through unofficial ways.

In 1986 another album is released on the Skengdon label, titled ‘Electric Dread’. This will become a nickname that will be attributed to Winston for his energetic scenic performances!
In the late 70’s, he forms the ‘Black Kush’ band with his brother and two other musicians. Then they tour around the world

Finally, in 1999, after years of tours and family life, Winston McANUFF meets the creators of the French Reggae label Makasound. This meeting leads to reissue and lawful broadcasting of both albums recorded at the end of 1970’s, as well as a compilation of other pieces recorded during this long period: ‘Diary Of The Silent Years 1977-2000’

Winston is the instigator of the relationship between the founders of the French Makasound label and the famous Jamaican guitarist, singer and producer: Earl ‘Chinna’ Smith. Later on, this collaboration gives birth to the great ‘Inna De Yard’ acoustic Reggae series on this label.

The Years 2000’s are for him a period of unsurpassed creation, not only with the great album ‘Nostradamus’, taken out in 2008, but especially with the various plans, implicating actors of the French rock scene, which he gives rise with the Makasound label.

In 2005, he meets Camille Bazbaz during a concert of Derrick Harriott. A collaboration starts then, it will give birth to the album ‘A Drop’, which in spite of the participation of Earl Chinna Smith, is not a ‘Reggae album’, but «a cheerful jumble of tones»: blues, soul-funk, dub, crossbred rock of electro.

In 2006, the ‘Paris Rockin' album is a collaboration between Winston and the instrumental section of the group ‘Popular Dance’, with ‘-M-’ (Matthieu Chedid)  playing guitar, and the participation of several other French musicians, including Java band.
This is an album in which the very various sound moves away still a little more from the reggae with a rhythmics sometimes reminding of funk.
The ‘Paris Rocking’ tour with Java band is organized in 2007. This 50 dates tour ends up with a last show in Paris (on November 18th), shared along with 2 other famous Reggae artists: Manjul and Takana Zion.

In 2009, Winston performs at the festival ‘Sakifo’ on the island of Reunion. In 2010, he gives a concert for the show sponsored by ‘PUMA’ in honor of Usain Bolt. The ‘Jamaica Party’ takes place on the square of the town hall of Paris, Alpha BLONDY plays there too.

In 2011, another project with Camille Bazbaz is realized.  It is an album titled ‘A Bang’. It is “just fair of free music in the free and imaginary world which we have invented”. Some more concerts follow.
.
In 2012, Winston performs as a guest a few times with Inna De Yard during their French tour.
August 22nd, 2012: one of Winston’s sons, Matthew McANUFF, also Reggae artist, who toured along with Inna De Yard, is killed in Jamaica, at the age of 25 years. His excellent posthumous album ‘Be Careful’, released in 2013, is produced by his father.

In 2014 Winston (who has distant Scottish roots) participates in two titles of the album of the Celtic Social Club band and joins them on stage in summer 2015 (together with Fixi), for two concerts in France: at the ‘InterCeltic’ festival in Lorient and at the ‘songs of sailors’ festival in Paimpol. He also plays at the Olympia in Paris for the 20th birthday of the band ‘Les Ogres de Barback’.

In 2016, he joins the Inna De Yard band again for a new album project called: ‘The Soul Of Jamaica’. It is another release on the French label Chapter Two Records This is definitively a fantastic album, offering us soulful melodies and strongful lyrics, based on impressive nyabinghi rythms! Winston gives us here an acoustic version of his famous song ‘Secret’. Another of his songs,‘Stone’, an old theme, is powerfully delivered in an emotional vocal arrangement by Derajah.

Winston’s son Rashaun 'Kush'  McANUFF (drummer/lead singer of the Uprising Roots band) is a also a member of Inna De Yard. His song ‘Black To I Roots’, firstly released as a maxi single, is part of this album. The two of them are touring with Inna De Yard in Spring and Summer 2017. An upcoming French tour is planned from late September until late October (including a show at the Trianon, in Paris, on October 27th).

In between concert tours, Winston keeps on doing other musical projects. His latest release came out on June 30th. It is a 2 EP set by Bost & Bim (RIP), it is called ‘BOST & BIM feat Brisa ROCHÉ & Winston McANUFF’. Each EP has 5 titles, a remix and a dub of each artist.

I could not finish Wnston’s bio without mentioning that another of his sons, Ras Ishmel McANUFF is also involved in Reggae music for years. He did many recordings. 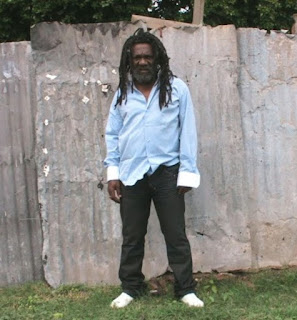 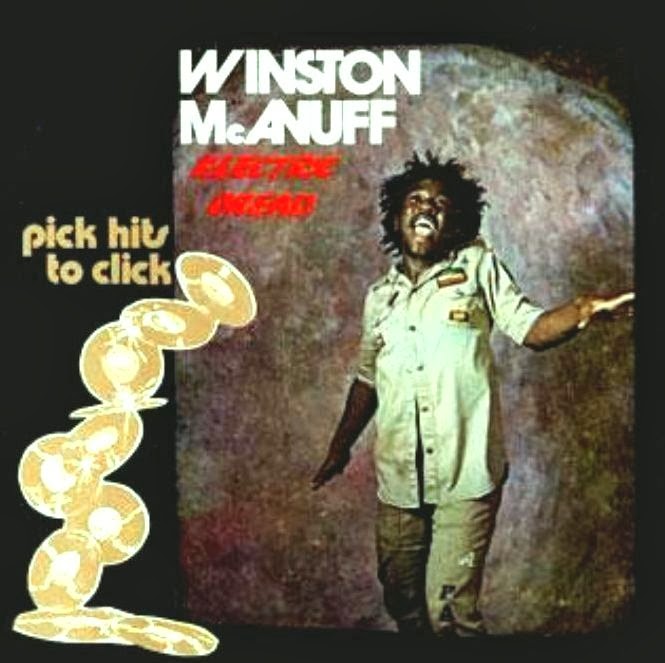 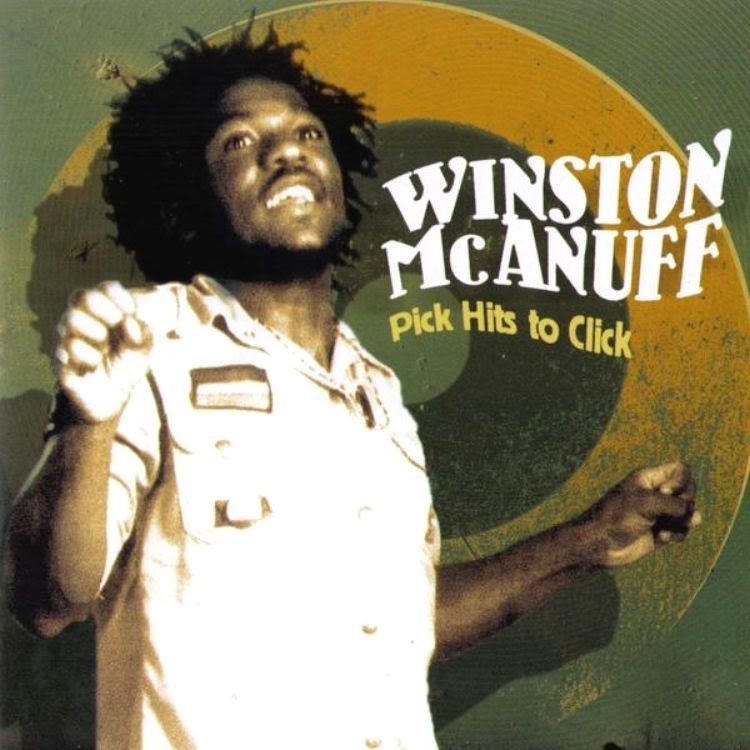 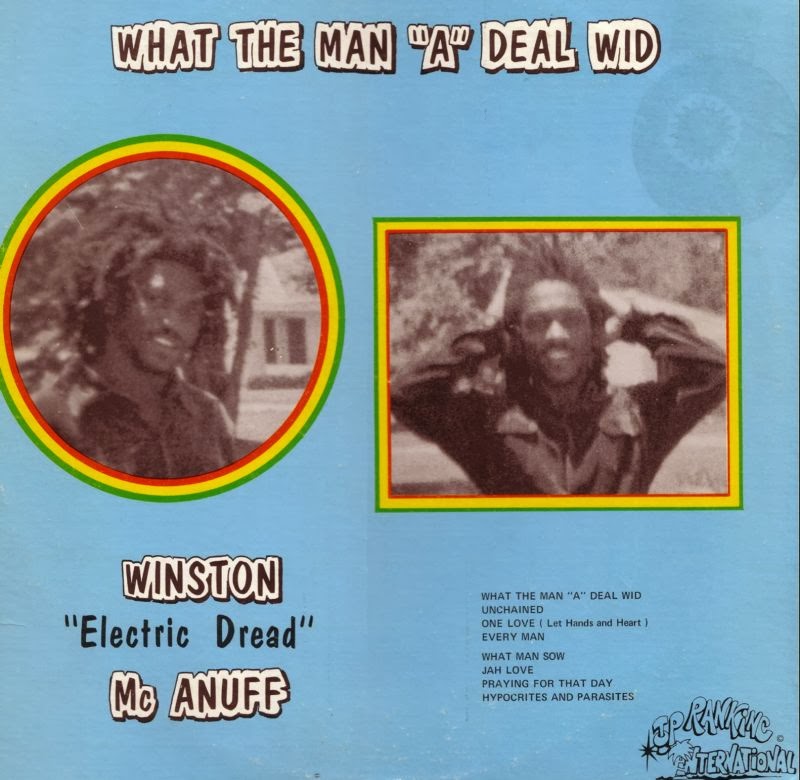 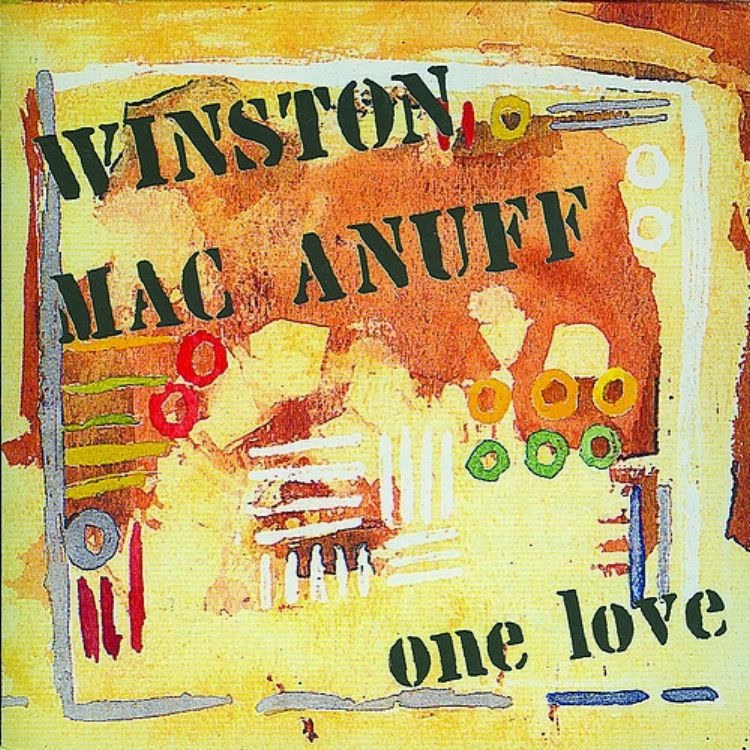 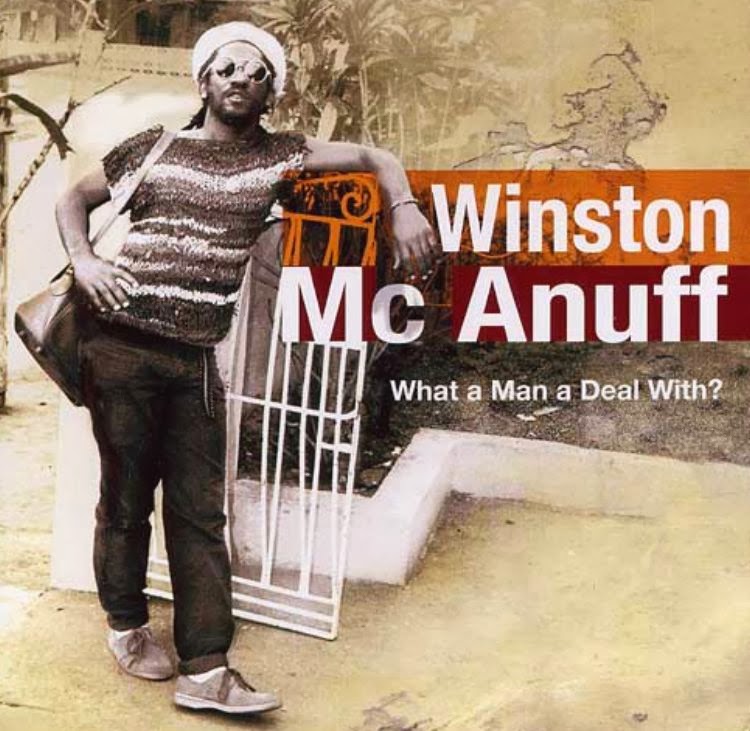 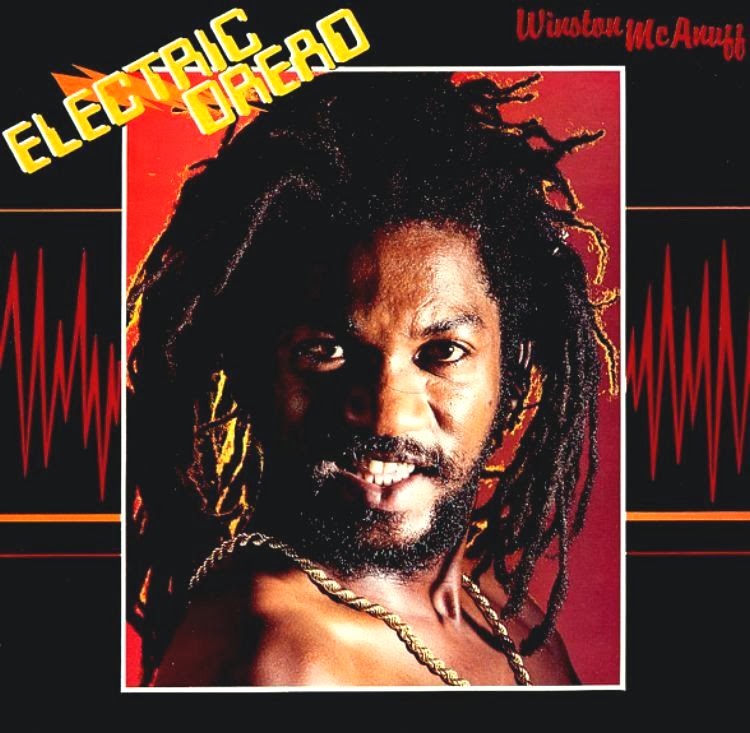 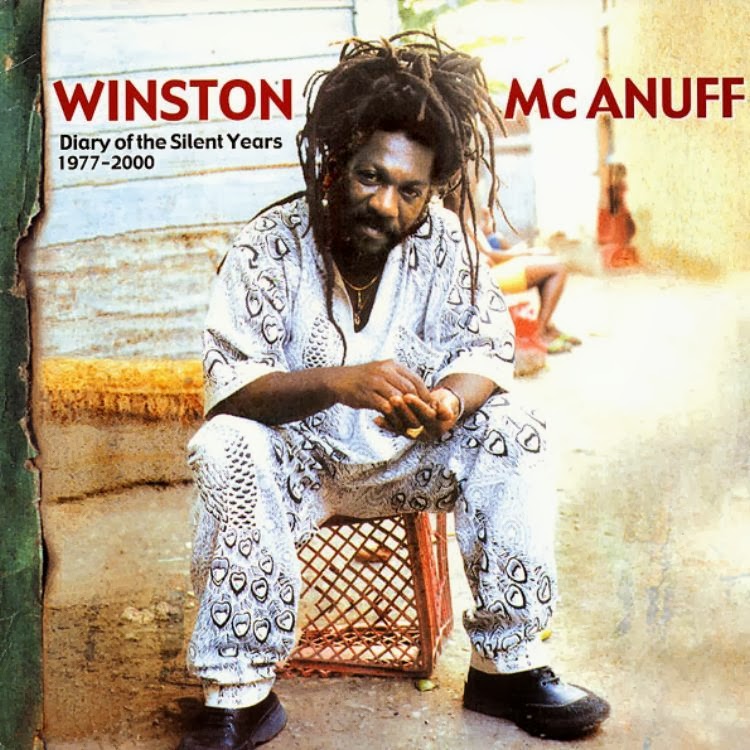 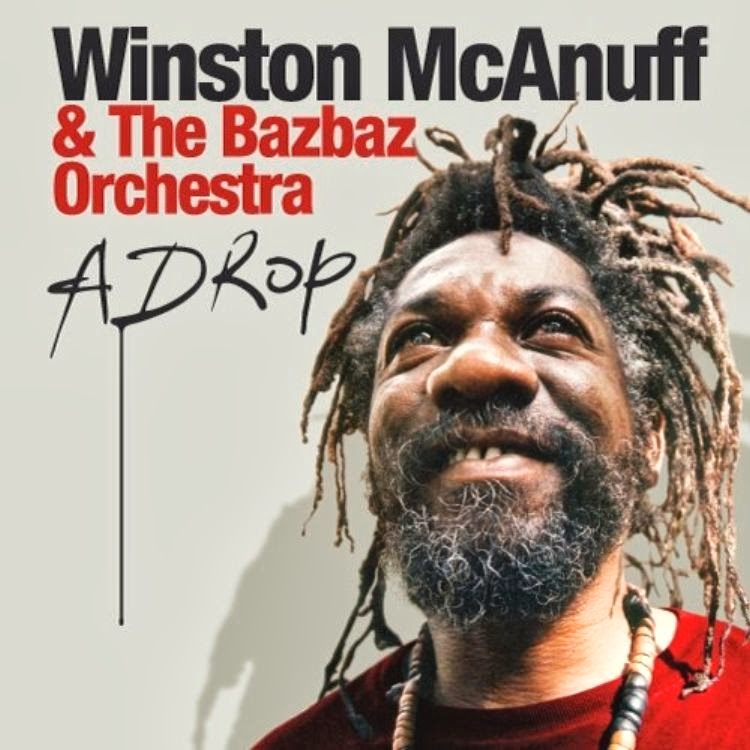 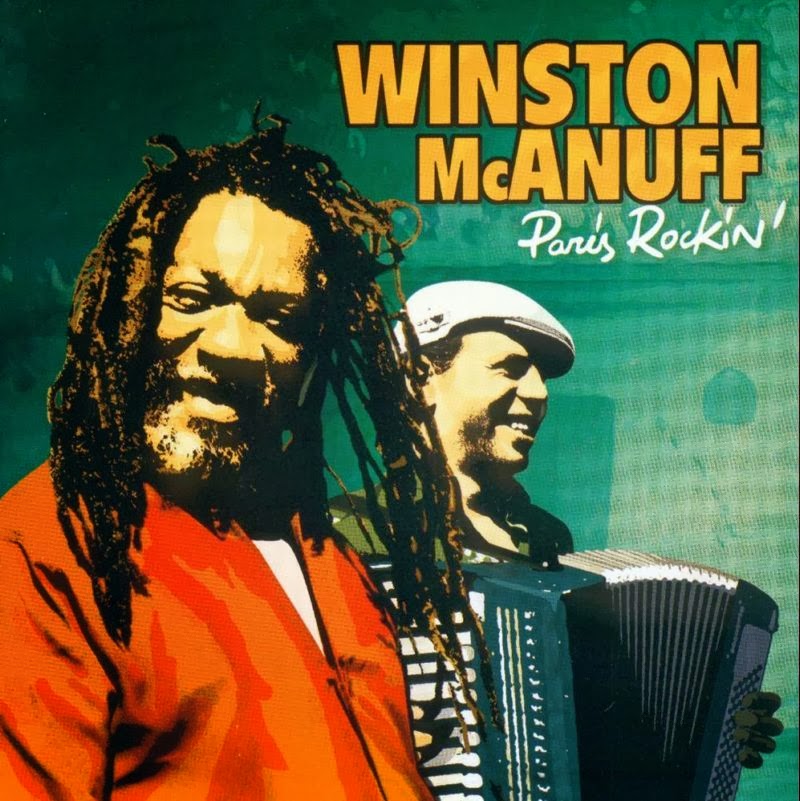 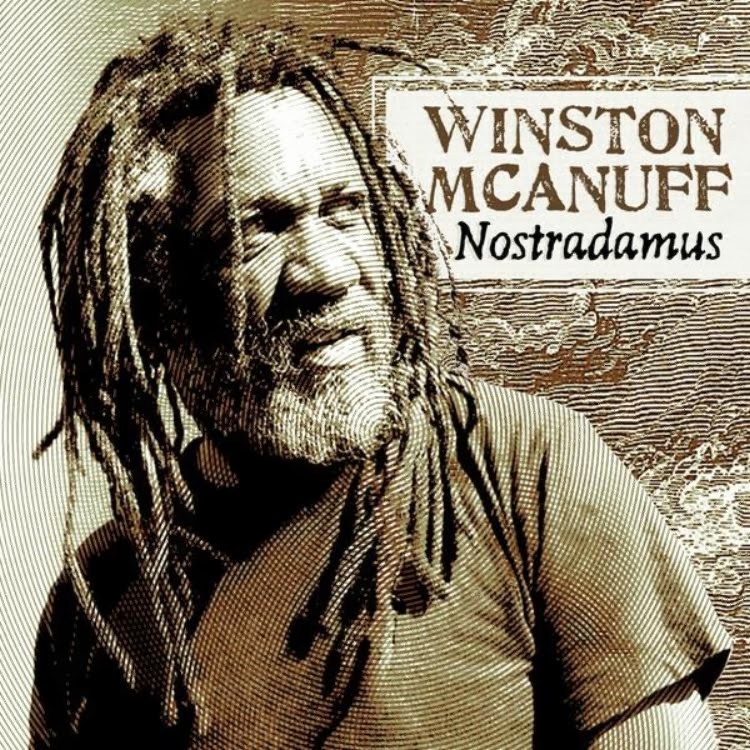 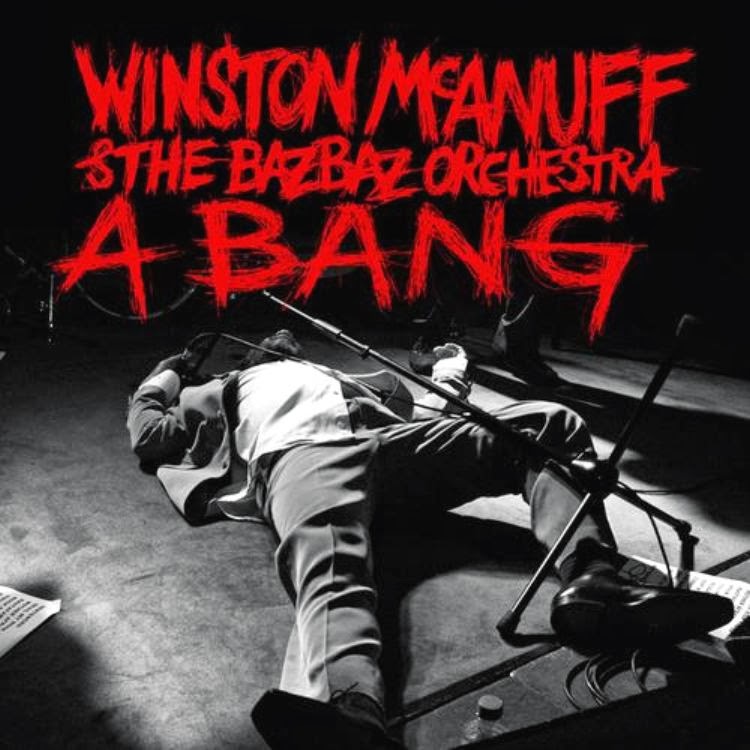 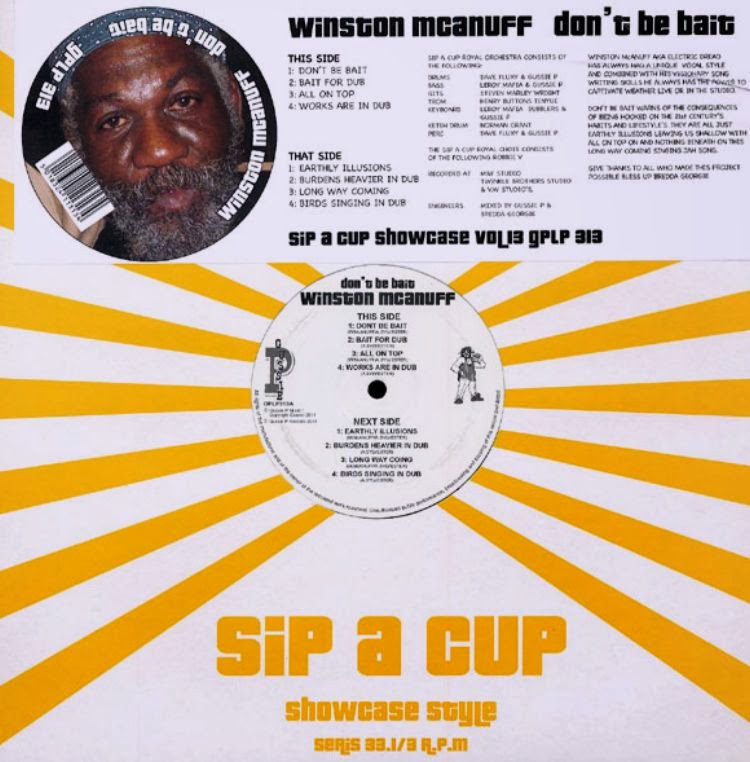 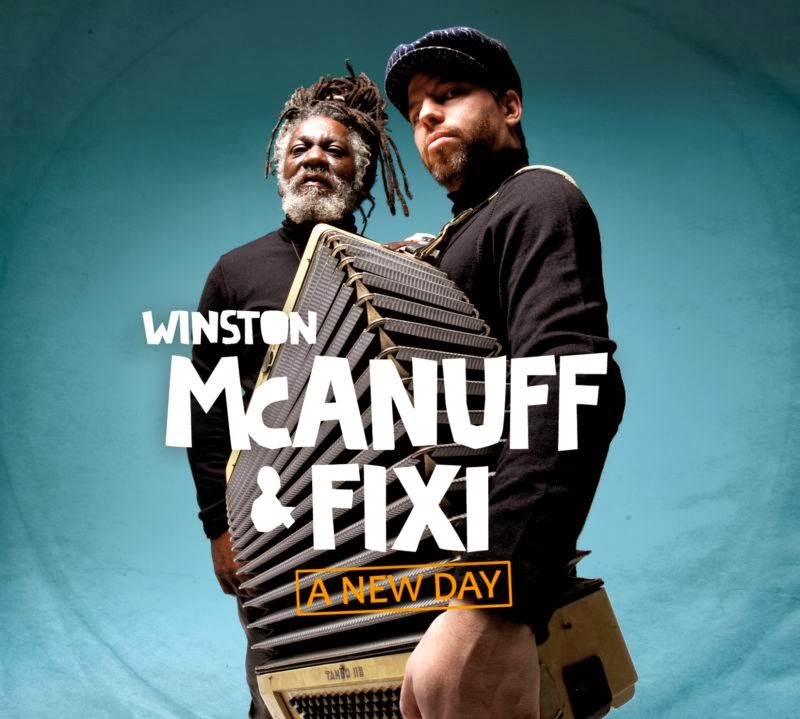 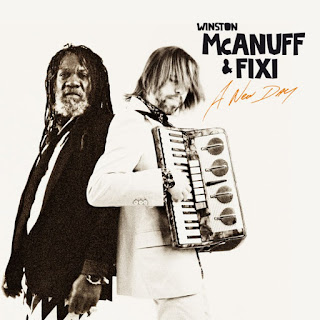 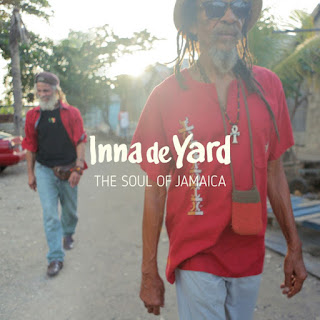 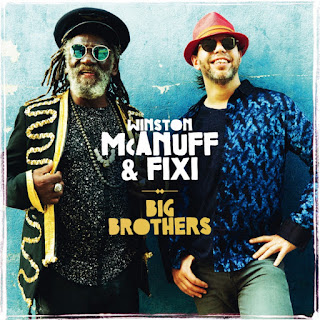 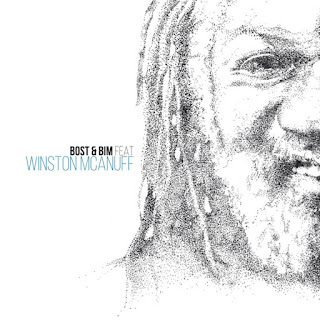 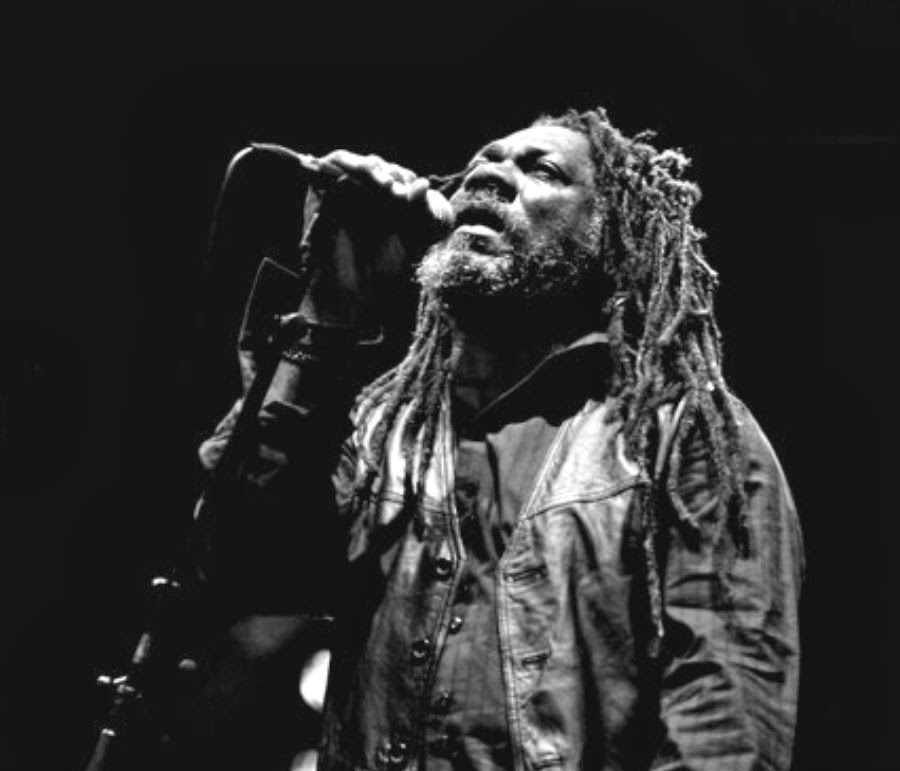 In This Page..... Winston McAnuff

Pubblicato da Reggaediscography a 2:25 AM
Email ThisBlogThis!Share to TwitterShare to FacebookShare to Pinterest