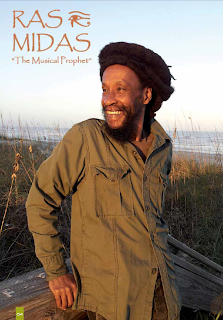 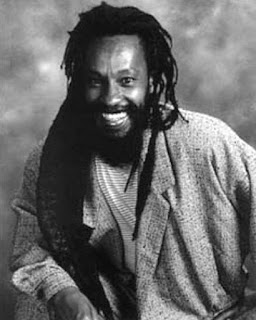 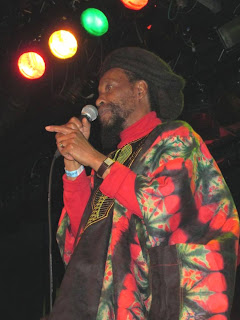 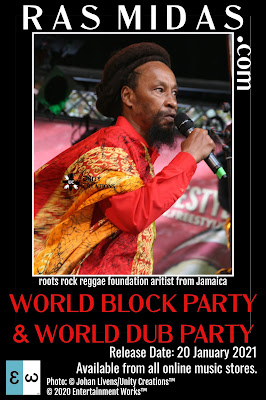 With over 40 years in the recording studio and on the stage, and with countless singles and 11 albums to his credit, roots rock Reggae foundation artist Ras Midas has been featured on several compilations including Reggay Roots (“Trouble Town,” 1977 Harry J Records, Jamaica), Reggae Party From Jamaica (“Rastaman In Exile,” 1983 Disc AZ International, France). The 2016 re-release of Rastaman In Exile  (JML Records) has again put the spotlight on this talented and humble Rastaman from Jamaica; the album continues to receive excellent rotation on radio stations around the world. Ras Midas was the featured artist in the April 2017 Worldwide Edition of IRIE Magazine.

Ras Midas’s first album, Cover Me (1974), was released on Harry J Records and Trojan Records, and was followed by Reflections in 1975. His first international hit, “Kude-A-Bamba,” was recorded in 1974 in English and - at Chris Blackwell’s suggestion - in Swahili on Island Records (1976); the single quickly sold 500,000 copies worldwide.

Stand Up Wise Up was re-released on vinyl in the U.S. on Ras Midas’s label, JML Records, in 1988, followed by Loving Vibration (1998), Confirmation (2000), Reaching Out (2006), and Fire Up (2010) on CD. Loving Vibration was rated No. 3 by music critics in the 1998 Top Ten independently produced World Music albums category and, two years later, Confirmation was a Top Ten contender for consideration for a Grammy Award. Rastaman In Exile - remixed and remastered - was released on CD in October, 2016 on JML Records.
A 12” vinyl record featuring “Good Old Days” (with I-Roy) and “Melchizedek” was released on Roots Vibration Records (Belgium) in 2019. According to the label owner, the release was quickly sold out. Two (vinyl) releases are expected on Roots Vibration Records in Spring, 2021. Additionally, Ras Midas released his first “live in concert” performances in 2020, “No Bread Live” and “Trouble Town Live” are currently digital only
Ras Midas released his new song, “World Block Party,” on 20 January 2021; it's available from all online music stores, with the dub version, “World Dub Party.”

A Rastaman with a distinctive style and a silky smooth voice, Ras Midas sings with the mission of a musical revolutionary; his powerful messages of social justice, love, unity, and spiritual consciousness have remained unchanged over four decades. 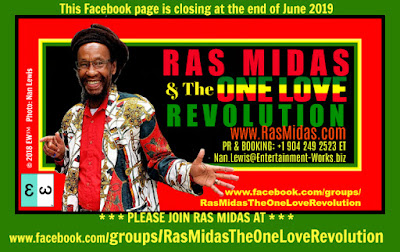 Musicians who have recorded with Ras Midas include, but are not limited to:

Sylvan Morris, one of the most acclaimed Reggae music engineers and arrangers in Jamaica, worked with Ras Midas on all recordings except Reaching Out and Fire Up. 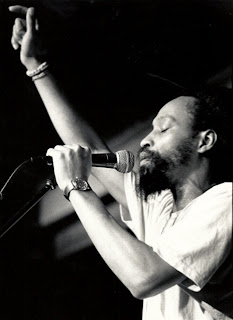 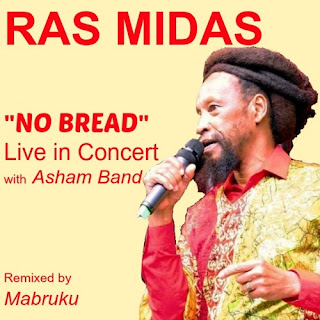 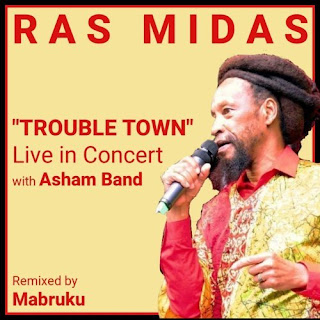 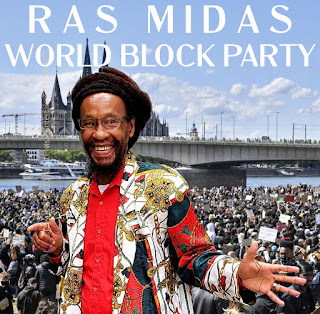 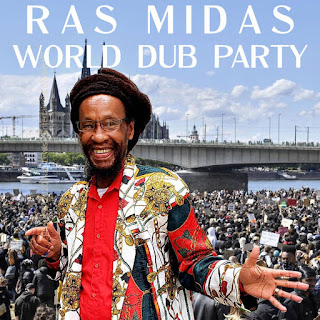 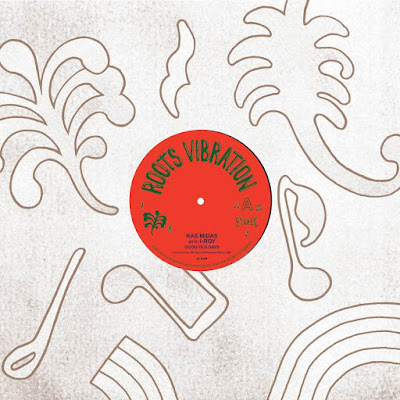 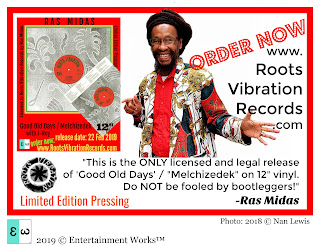 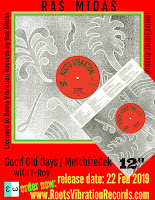 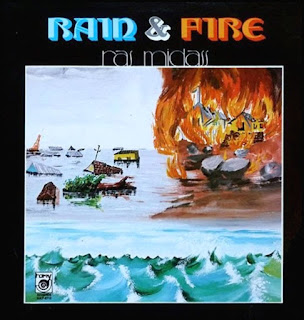 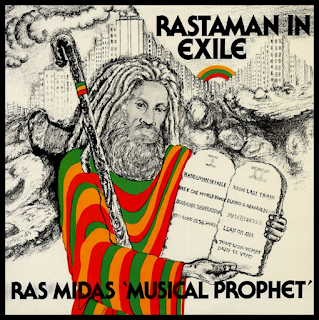 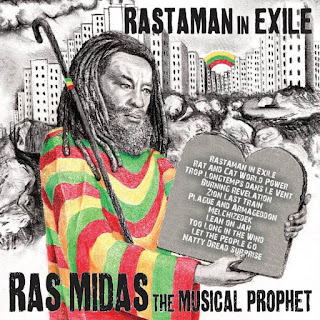 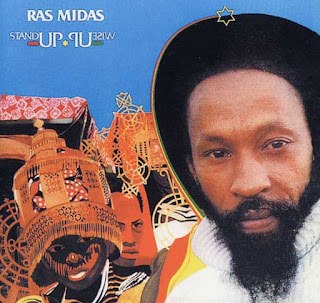 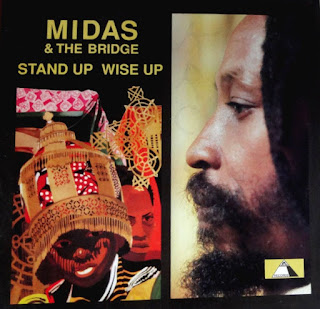 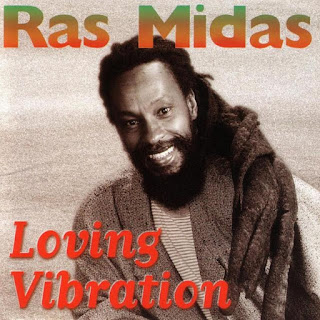 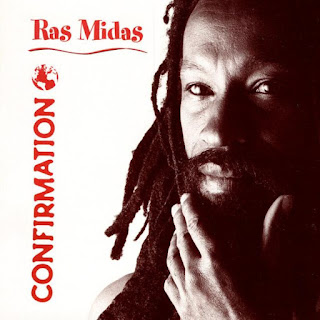 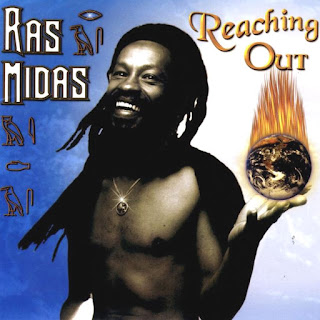 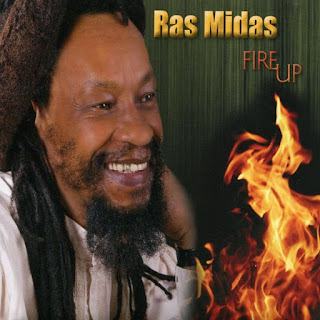 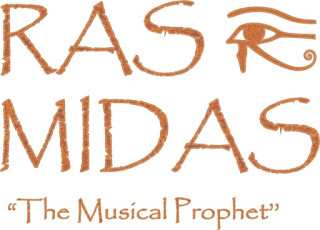 Page designed by Marco of ReggaeDiscography 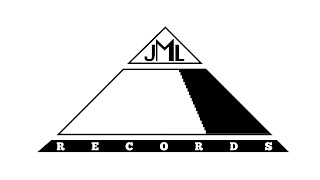 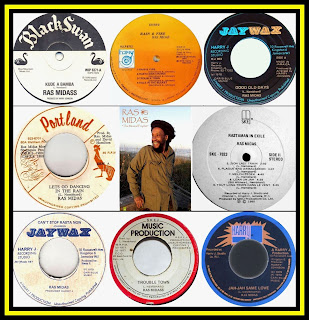 Pubblicato da Reggaediscography a 9:39 AM
Email ThisBlogThis!Share to TwitterShare to FacebookShare to Pinterest