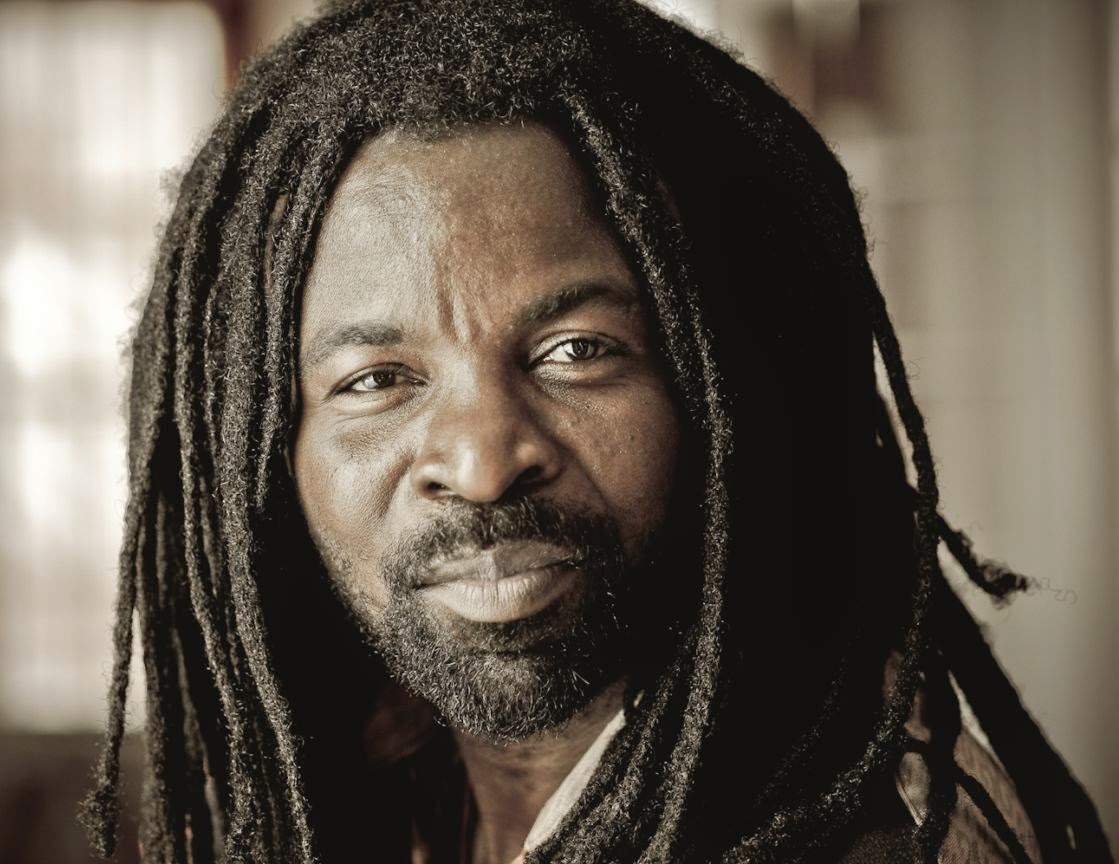 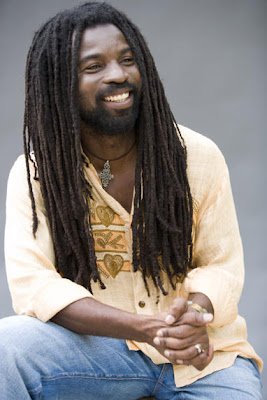 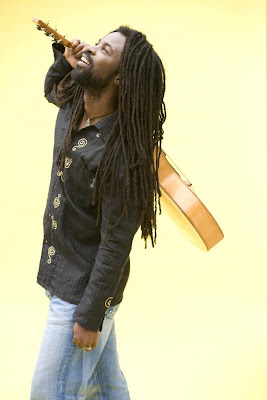 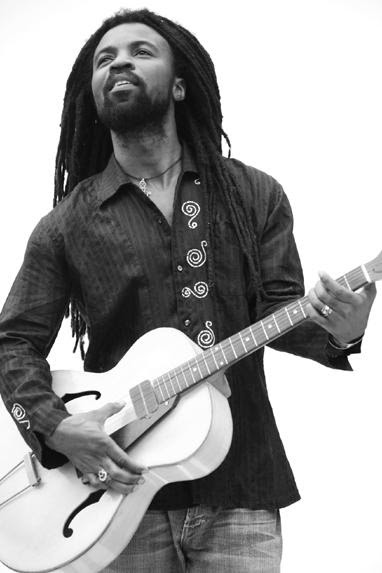 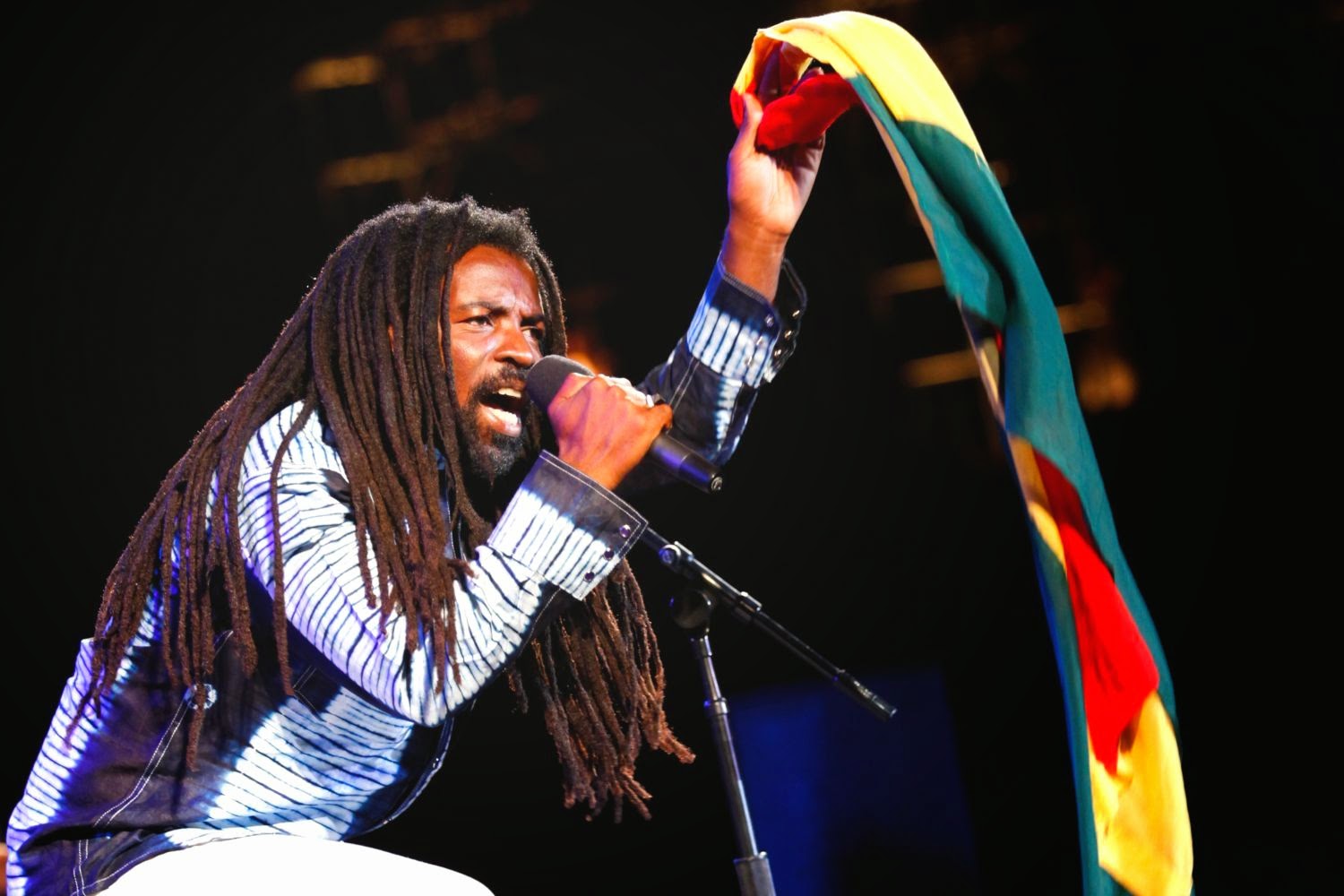 ROCKY DAWUNI - BIOGRAPHY:
International music star and humanitarian activist Rocky Dawuni straddles the boundaries between Africa, the Caribbean and the U.S. to create an appealing sound that unites generations and cultures. With an easy-going charisma and reputation as a dedicated champion of social causes, Dawuni's infectious grooves and dance-inducing anthems have consistently excited fans across the globe. A galvanizing performer, Dawuni has shared the stage with Stevie Wonder, Peter Gabriel, Bono, Jason Mraz, Janelle Monae and John Legend, among many others. Named one of Africa's Top 10 global stars by CNN, he has showcased his talent at prestigious venues such as The Kennedy Center in Washington, D.C. and The Hollywood Bowl in Los Angeles.

Dawuni's life began as the child of a cook on a military barracks in Ghana. His father’s innate intelligence and charm helped him quickly rise in his position to become the cook for the base's colonels and generals. During this time, his father – Koytau Dawuni, befriended many high-ranking officers and observed the deep pride they felt in sending their children to school.

Dawuni's father began to raise his own children with the same standards, investing heavily in education. The second born of eight siblings, Dawuni excelled at school and eventually his father decided to move him back to their home village where he could learn more about his cultural heritage. As it turned out, Koyatu’s humble employment belied his status as a member of the royal family of the Konkomba tribe, which ruled from a village called Bunbon Nayili in Northern Ghana. After retiring from the military, Koyatu returned to his native village to serve as the Chief, a role currently held by Dawuni's older brother, Chief Wumbe Dawuni.

Despite the isolation of the village and barracks life, Dawuni was exposed to the music of other cultures after his father was posted to Egypt with the United Nations forces. The multi-ethnic mix of Ghanaian tribes in the barracks also revealed to Dawuni the diversity of expressions found in his own country. "I was always looking for music," Dawuni remembers, "Whenever bands played, I would gravitate towards that. There was a band in the barracks called Hot Barrels, and I remember that every time they had rehearsal I would chill at their space and just listen to them play."

Throughout Dawuni's childhood music was always at the forefront of his passions. Dawuni's youth coincided with an era of political turmoil and frequent military coups in Ghana, and music provided the soundtrack for this tumultuous era. After moving to the capital city Accra to pursue a degree in philosophy and psychology at the University of Ghana, Rocky's spent hours mining his friend's record collections, discovering the Afrobeat of Fela Kuti from Nigeria, the African soul of Osibisa, as well as highlife groups such as the African Brothers, not to mention Jamaican reggae and American funk and soul. Through these inspirations and his own experiences he began to gravitate towards any music that articulated a message of unity and hope. 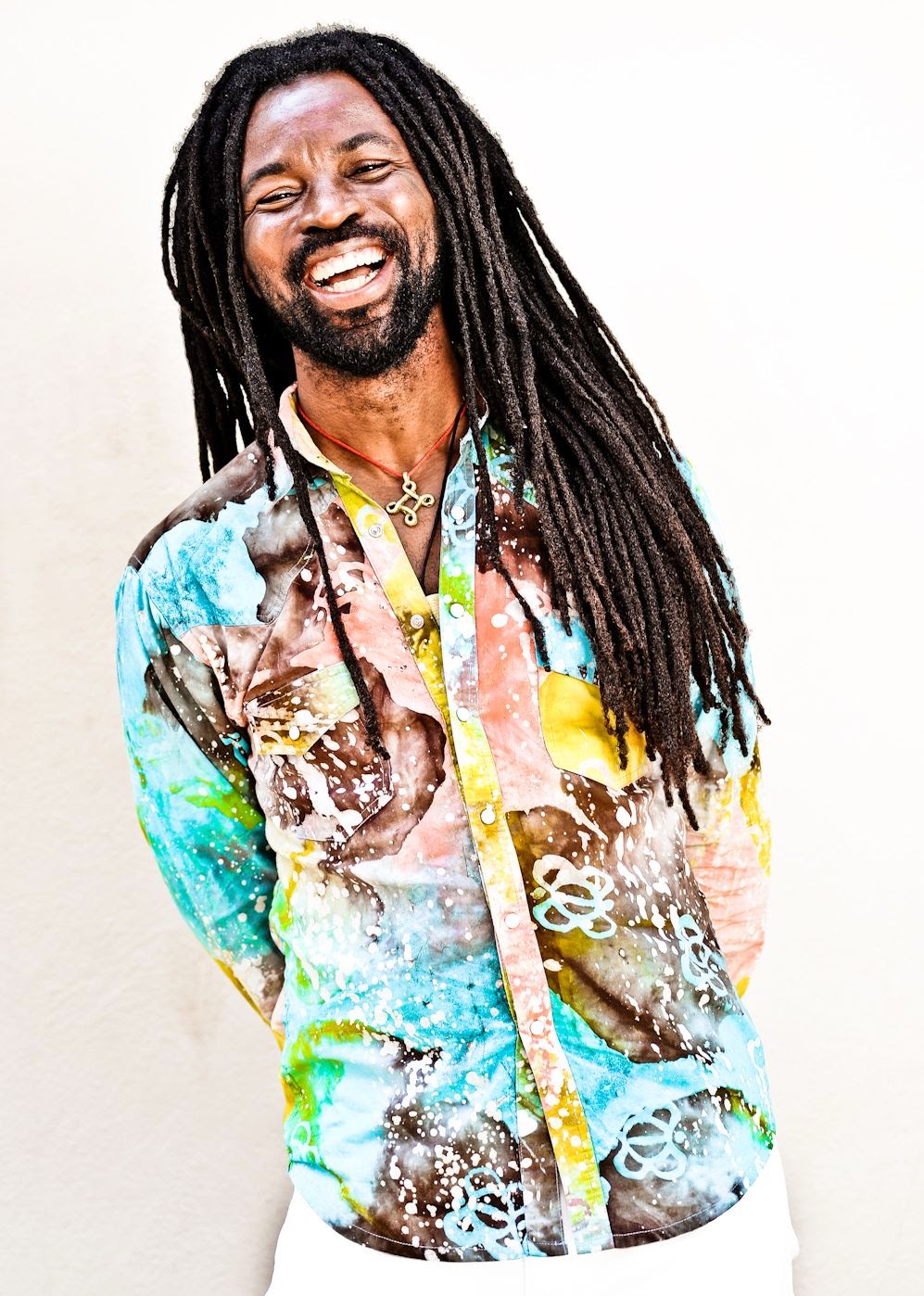 While at University he formed his first band, Local Crisis, with a group of friends. They had no real instruments except an acoustic guitar played by the bassist. The drummer created a kit out of cardboard and the keyboardist used a toy keyboard. Dawuni sang and performed his own original songs. They made their first demo by simply singing directly into a tape recorder. "It was the most low tech thing you can imagine," recalls Dawuni, "but there was just the fire and determination and we believed in what we were doing." Despite the lack of instruments and professional recording equipment, their music gained immediate success on campus.

They decided to try to perform at a large Pan African event taking place in Accra, but with no prior knowledge about how to book concerts, the band just showed up at the promoter's office on the day of the event. The promoter, intrigued by this group of passionate yet clearly inexperienced student musicians, decided to let them play once the main concert was over. As spectators started filing out of the venue, Local Crisis picked up the instruments on stage, unsure of how to use such advanced equipment, and began to play their music with heart and soul. The audience eagerly returned back to the stage, the band was a hit, and Dawuni's musical career took off.

It was during this time Dawuni met his eventual life partner and manager Cary Sullivan, a photographer and producer from Los Angeles. Dawuni wished to grow musically and to make art that could spread beyond the borders of Ghana. He felt he needed to travel and gain experience about other cultures first hand. He joined Sullivan in Los Angeles, although he continued to live part time in Ghana.

In 1996 he produced his first album, The Movement, backed by members of Local Crisis and other Ghanaian reggae stars. The Movement became a major success in Ghana with a number of hit singles including “What Goes Around” and “Sugar.” But Dawuni continued to believe that his music could serve as a bridge between Africa and the rest of the world. His first international exposure came through the 1998 Putumayo collection Reggae Around the World, which featured his song "In Ghana," alongside tracks by Lucky Dube, Burning Spear, Ernest Ranglin and others. In 2010, Dawuni contributed a cover of Bob Marley's "Sun Is Shining" to the Putumayo album Tribute to a Reggae Legend.

In 1998, Dawuni released his second album Crusade, followed by Awakening in 2001, Book of Changes in 2005 and Hymns for the Rebel Soul in 2010. Each album brought him greater acclaim and wider recognition both in Ghana and abroad. Today, Dawuni is a household name in his native land, and widely considered one of Africa's most recognized international stars. 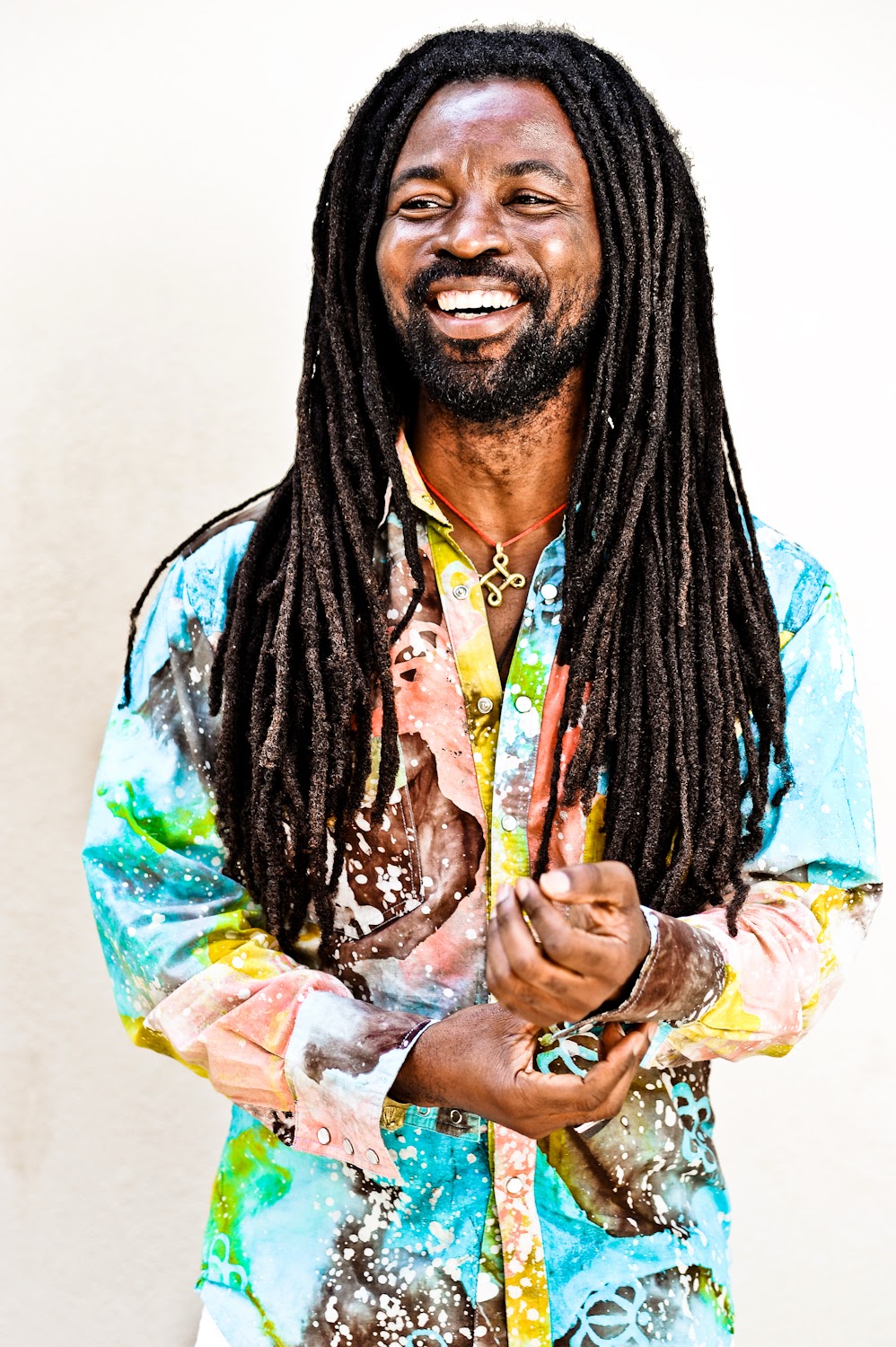 Dawuni's music has been featured in numerous television programs, including ER, Weeds and Dexter. In 2010, Dawuni's song "African Soccer Fever" was included on the FIFA World Cup South Africa video game from EA Sports, one of many times Dawuni's songs have been included in EA video games. Dawuni's cover of John Lennon's "Well Well Well" appeared on the digital bonus version of the Amnesty International benefit album Instant Karma: The Amnesty International Campaign to Save Darfur, which was released by Warner Brothers in 2007 and featured appearances by U2, R.E.M., Aerosmith featuring Sierra Leone's Refugee All Stars, Black Eyed Peas and others. Dawuni has also participated in the 2009 Playing for Change album, singing along with Bono on "War/No More Trouble" and Keb Mo' on "Biko."

Rocky’s recent performances include appearing in front of 18,000 people in Toronto, Canada alongside Somalian superstar K’Naan and at the Freedom Awards in Los Angeles with pop sensation Jason Mraz. In July 2011 he performed at the prestigious Hollywood Bowl with the legendary Stevie Wonder during a night of "Global Soul” and appeared at France’s Les Estivales de la Perriere in August of the same year with Shaggy, Monty Alexander and Diana King where they joined together on a magical rendition of Bob Marley’s “No Woman, No Cry." In March 2012, Rocky headlined the Balispirit Festival in Bali, Indonesia for the second time in three years and received a glowing feature in Rolling Stone Indonesia. In July 2013, Rocky appeared at Switzerland's renowned Montreaux Jazz Festival.

Dawuni's eloquence, cultural diplomacy and successful melding of music and activism have led him to become a passionate spokesperson for various global causes. He has joined forces with Product (RED), UNICEF, the Carter Center, and the UN Foundation. He has worked on campaigns focused on Guinea worm eradication, environmental issues, women's health and education, HIV Aids advocacy, peace building and clean water. In 2012, Dawuni was appointed the Tourism and Cultural Ambassador of Ghana and World Ambassador for the Musicians Union of Ghana.

The same year, he was named a United Nations Foundation Ambassador for the Global Alliance for Clean Cookstoves, an initiative launched by Hillary Clinton, alongside actress Julia Roberts and chef José Andrés. In 2013, Rocky performed at the United Nations Climate Change Conference (UNFCC) in Warsaw, Poland in front of the United Nations Secretary General Ban Ki Moon and delegates from around the world. He also has served on a Brookings Institute think tank on cultural diplomacy (Timbuktu Action Group) as part of the efforts to restore Mali's famed Festival Au Desert and was invited by Aegis Trust and the Kigali Genocide Memorial Center to Rwanda to meet the Minister of Youth and Culture and visit the Gihembe refugee camp in order to highlight Rwanda's shinning efforts to heal the wounds of the past. 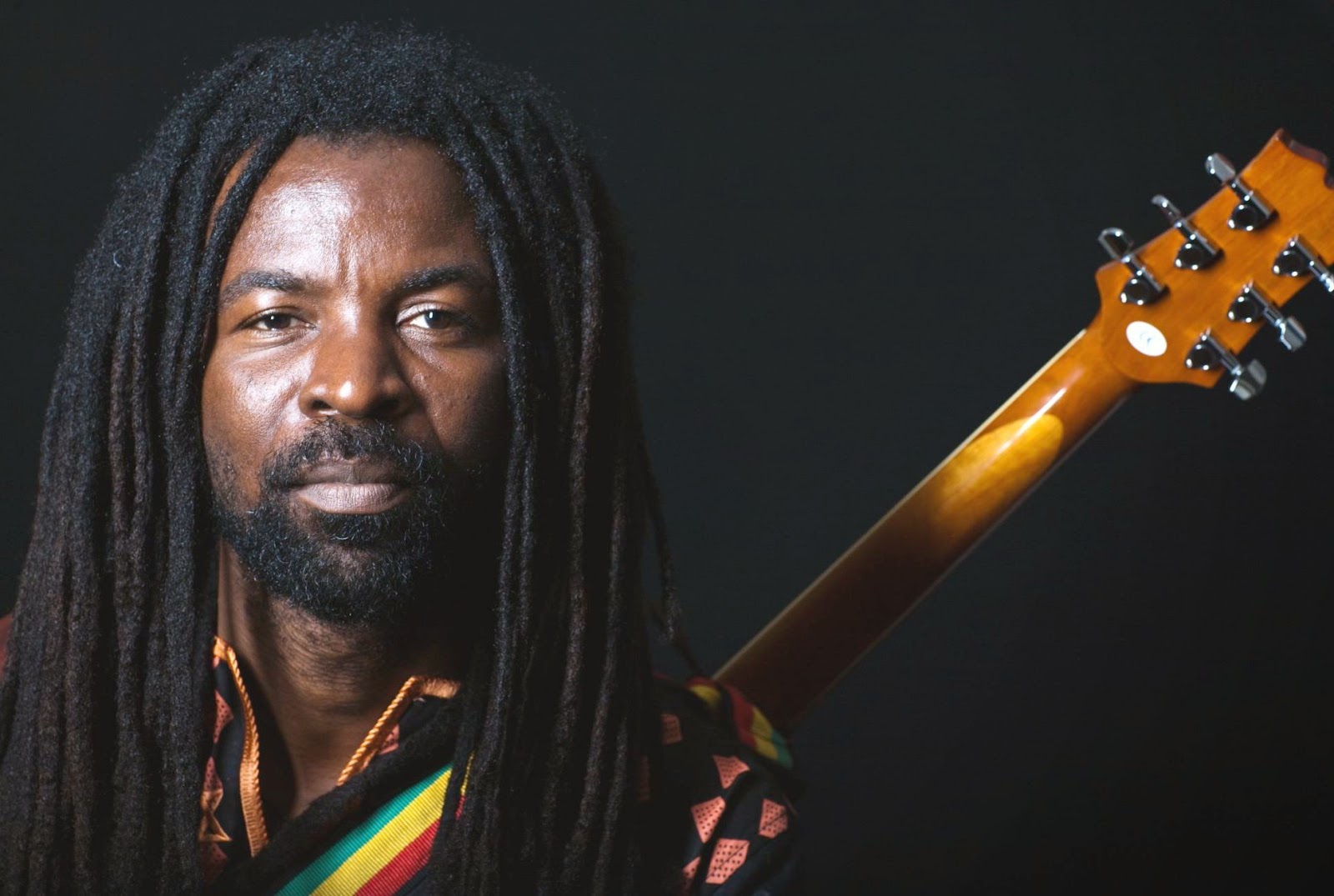 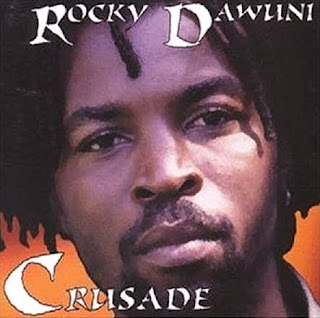 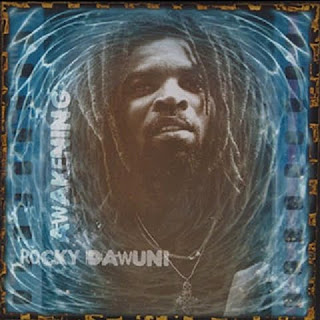 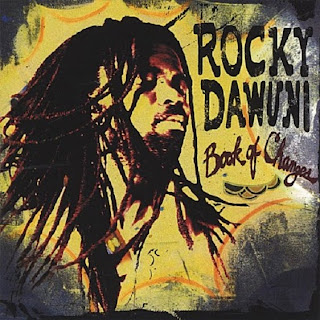 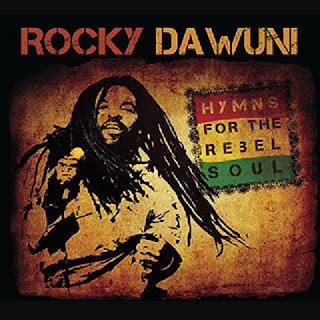 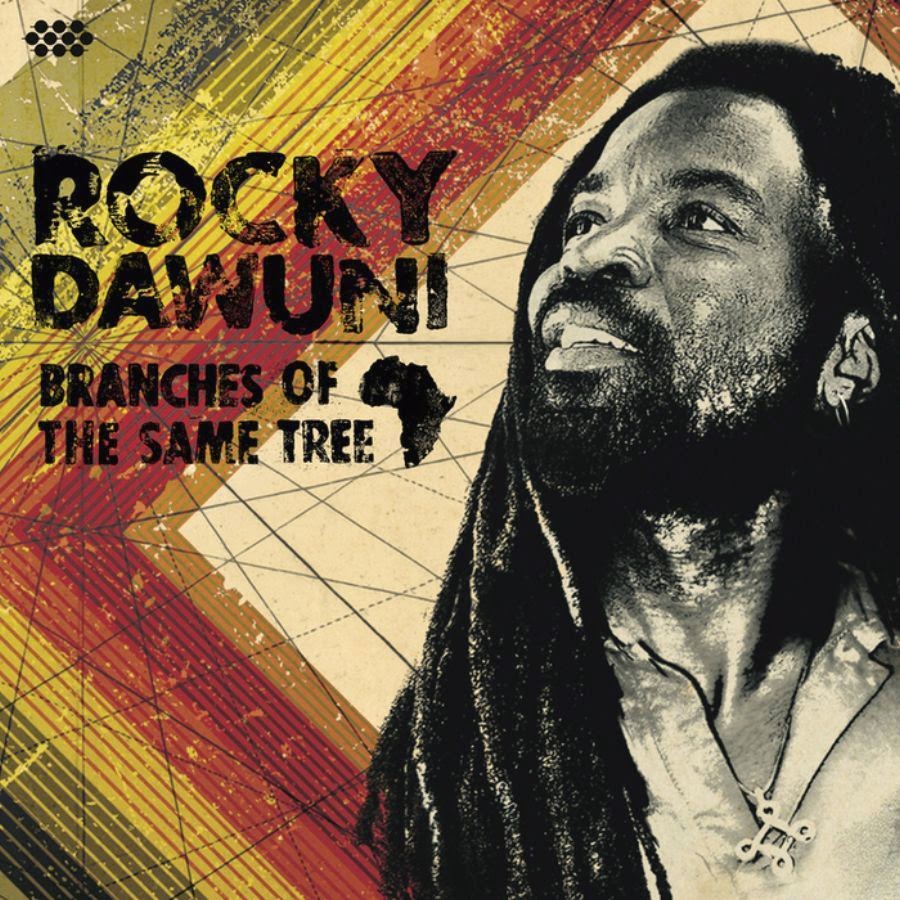 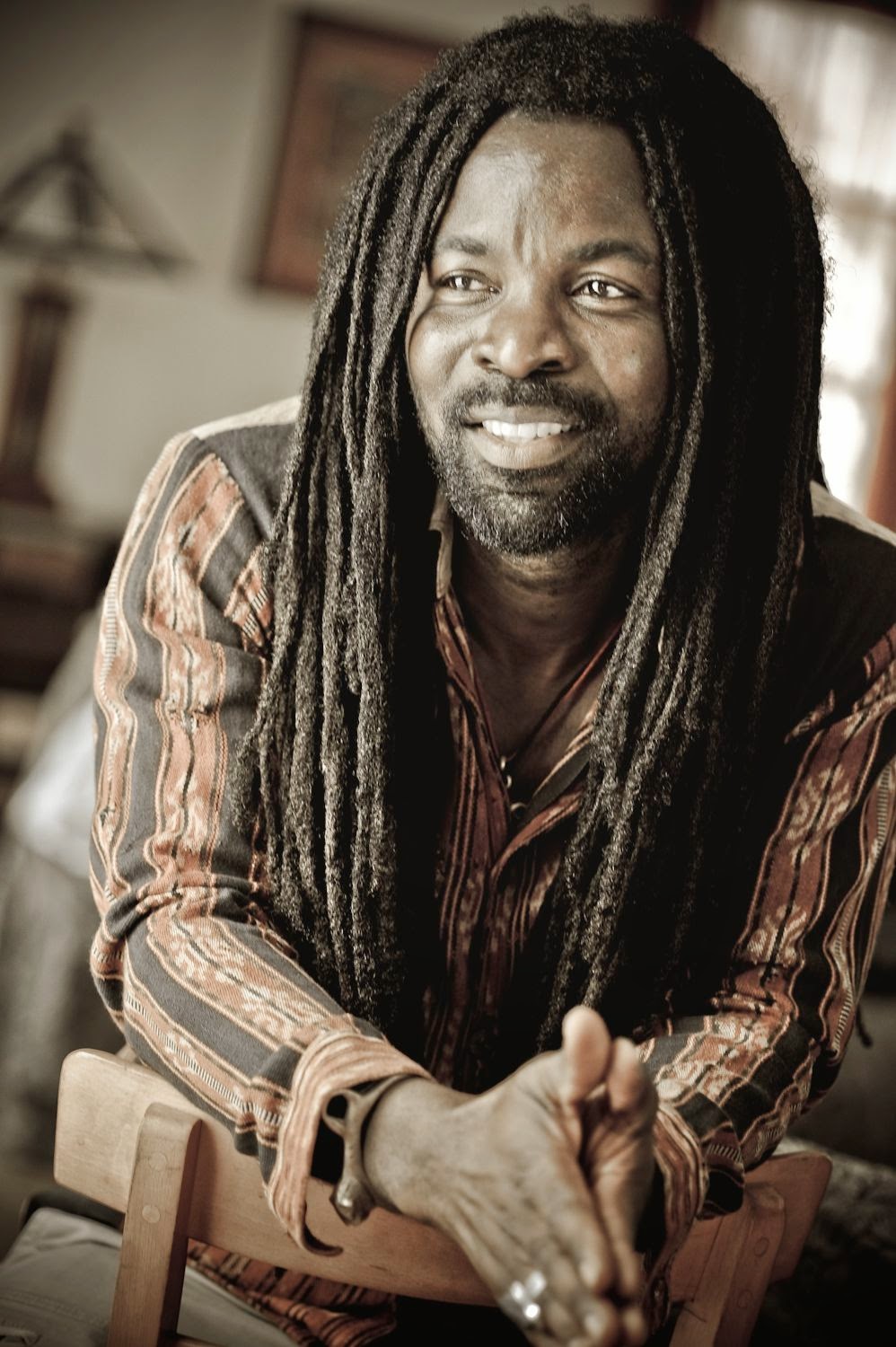 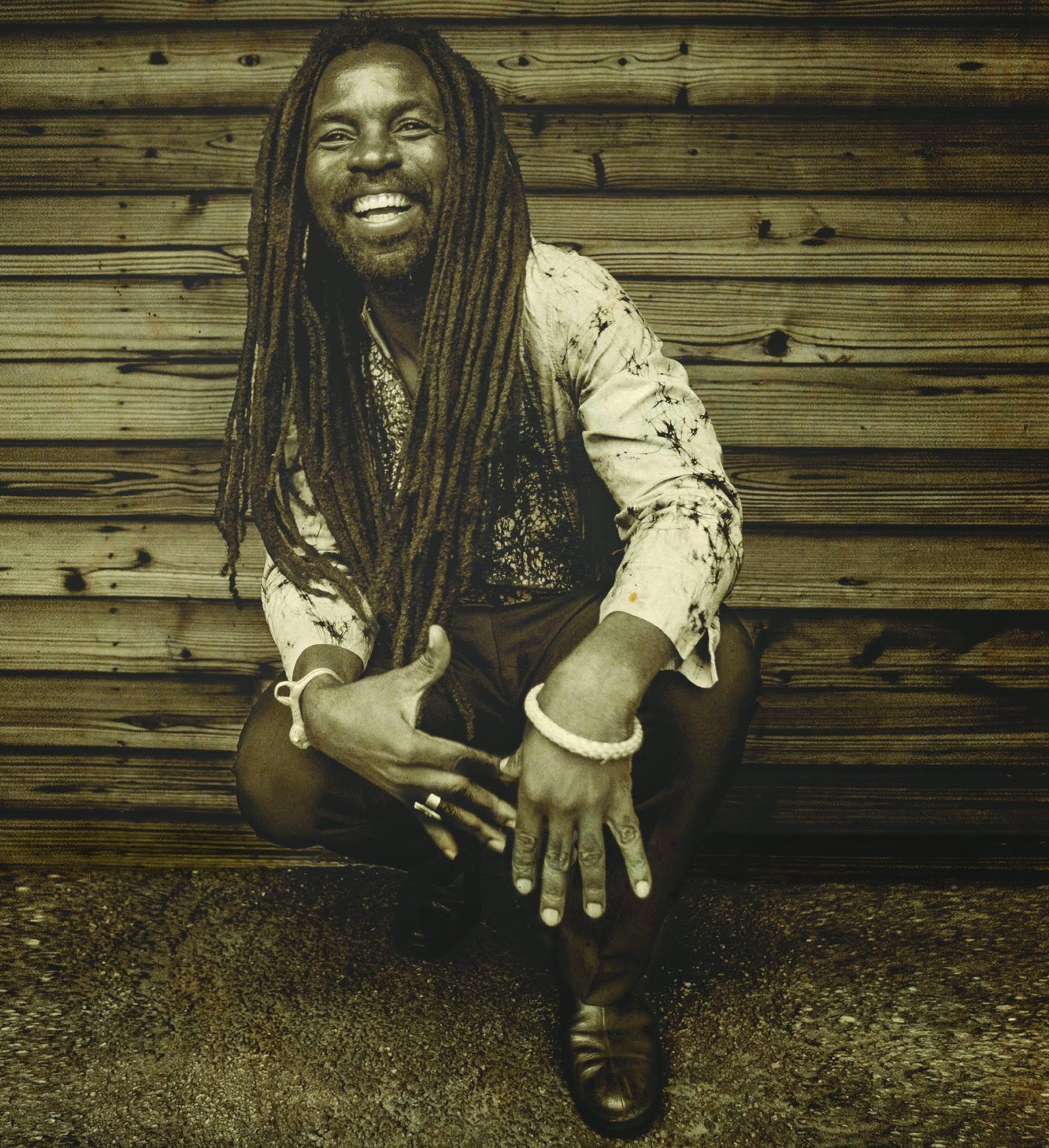 Pubblicato da Reggaediscography a 5:49 AM
Email ThisBlogThis!Share to TwitterShare to FacebookShare to Pinterest