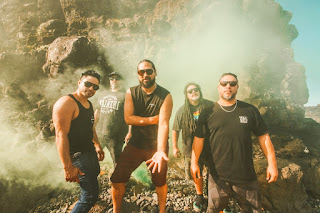 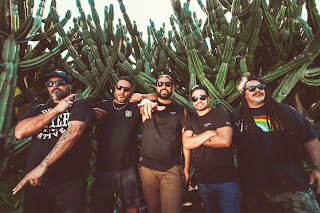 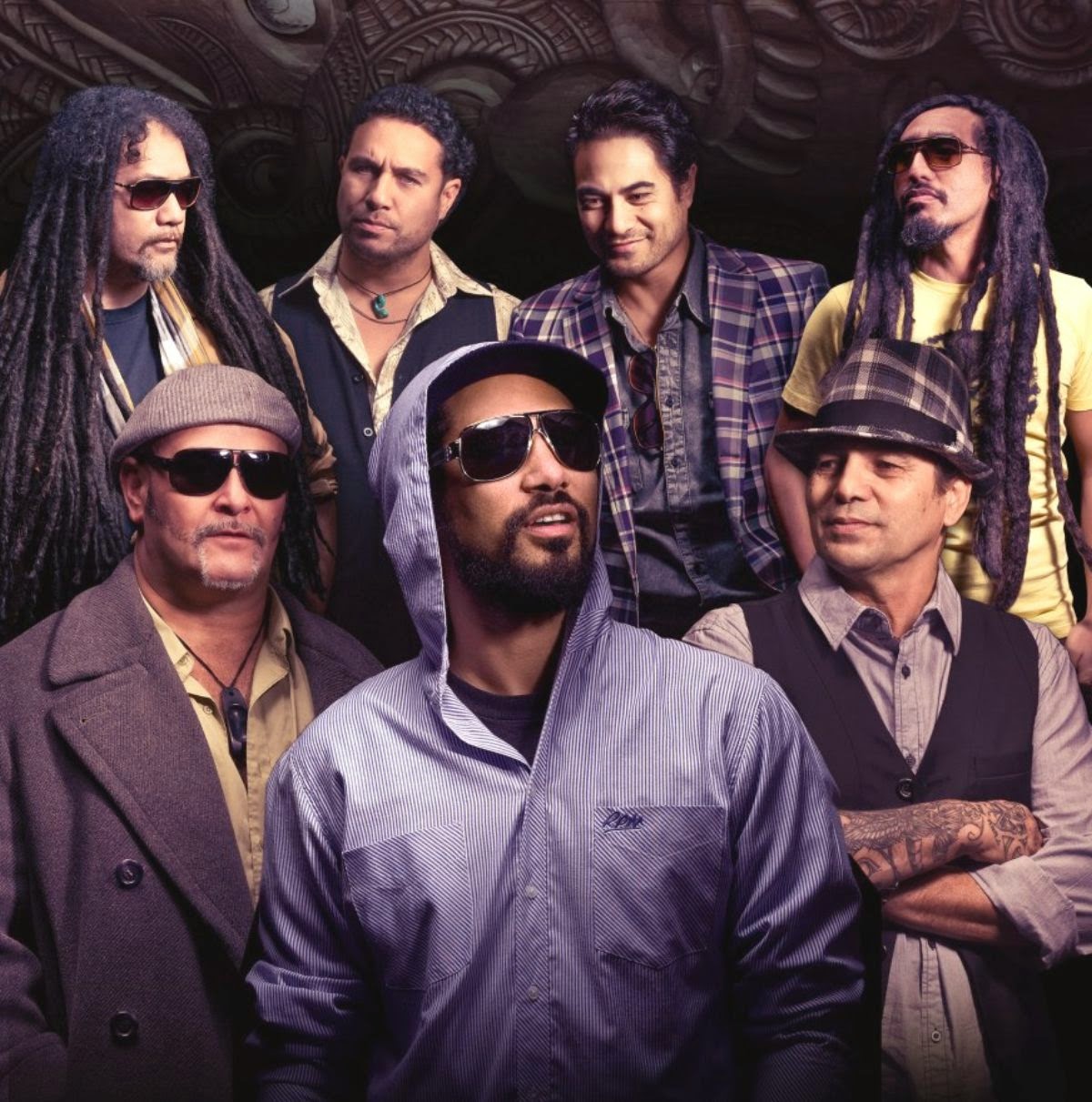 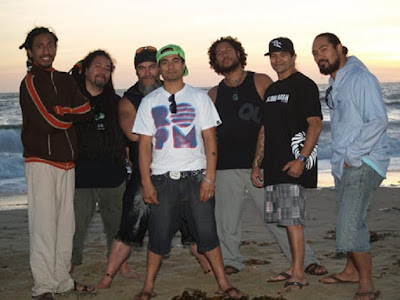 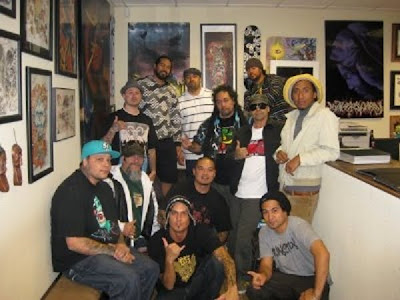 KATCHAFIRE released their highly anticipated 5th studio album 'LEGACY' (Universal NZ / Zojak Worldwide) on 1st June 2018, and within hours hit No.1 on the New Zealand iTunes album chart and No.1 on the USA iTune Reggae chart!

The 'LEGACY' album also impacted the mainstream iTunes charts around the world... No.8 in Poland, No.24 in Australia, No.56 in Lichtenstein and Ivory Coast, No.57 in USA, Bangladesh, Cameroon, Ethiopia, Maldives, Myanmar, Palestine and Libyan Arab Jamahiriya!!

The band popped into Hawaii for a surprise performance at the Island Music Awards in June where they were finalist nominees for the Group Of The Year award, ahead of their 33 date USA mainland tour through June/July including the California's Island Reggae Festival and Hawaii's MayJah RayJah Festivals.

KATCHAFIRE then head back to NZ for a run of dates before crossing the ditch to Australia for 20+ shows in October & November.

The ‘LEGACY’ album is exciting and fresh with messages of love, hope, togetherness, and family, featuring 12 brand new songs that the boys worked on between their extremely busy touring schedule, bringing you vibes, sounds and harmonies you expect from the brothers of the ‘Fire with some brand new feels and flavours sprinkled in the recipe.

Hailing from Kirikiriroa in Aotearoa (Hamilton in New Zealand) KATCHAFIRE have become a global roots reggae phenomenon. The all Maori reggae band bring their pure classic sound to music lovers worldwide delivering one of the most authentic Reggae shows around today. They didn't come from privilege, they didnt have famous parents; they were ruff n tumble youths who had their lives changed by reggae music who have grown into humble husbands and fathers still finding joy spreading the love all over the world.

With their previous four successful studio albums, multiple awards, platinum sales, high-selling singles and a massive fanbase selling out shows around the world, the band have been celebrating 20 years of existence on their Legacy Tour whilst recording tracks around the world for their forthcoming ‘Legacy’ album.

KATCHAFIRE have created a universal vibe, crafting their sound from the foundations of classic roots reggae with an R’n’B and funk rub, fusing modern dancehall and with slinky pop, cool grooves and uplifting vibes.

Built on a family movement, former lead guitarist Grenville Bell, father of lead singer Logan Bell & drummer / singer Jordan Bell, moved into and utilized a retired 2nd floor apartment office block in hte heart of Kirikiriroa which acted as the central hub where a handful of musicians along with his then teenage sons could make music all night long… the rest is history. After countless jams and sold out concerts, they swelled to an 8-piece collective of multi-talented songwriters and musicians and have become a staple on the Californian, European and Pacific Roots scenes.

Speaking about the new 'LEGACY' album Logan Bell said “The brothers are excited to bring new music to our Fire family... We have been working hard to bring some new fire. It’s sounding great to our ears and we can't wait to share the music with everybody.”

Brother Jordan Bell said “The way this came together is the epitome of the legacy kaupapa (theme). Katchafire is such a huge family – not only the core members but local and international members, to join us on and off stage. You have been extremely import to us on this journey. We have always been grateful and this is why we always give back by bringing as many of our brothers colleagues and pairs on this journey to share these great experiences and to share the goodness and opportunities. You have all played a part. A true family effort and labour of love”.

Recent line-up changes have added new fuel to the ‘Fire and the first three singles from the LEGACY album – ‘Addicted’, ‘Way Beyond’ & 'Love Today' - have been picking up airplay on roots reggae radio & playlists around the world, with 'Love Today' hitting the Top 20 on the Global Reggae Chart.

The 12 songs on this album were recorded in numerous studios around the world, from New Zealand & Australia to LA & Hawaii to Jamaica, featuring collaborations with some of reggae’s finest.

The album artwork was created by KATCHAFIRE’s lead guitarist/vocalist Wiremu Barriball & singer Logan Bell, with the cover featuring an historic painting by revered Hawaiian artist Herb Kane which was part of his study of Polynesian voyaging canoes.

KATCHAFIRE’s popularity and critical acclaim has seen them on lineups with just about every reggae artist worldwide from Marley brothers, Steel Pulse, UB40, The Wailers and many more. They've garnered respect from the likes of Don Letts (acclaimed documentary maker and Clash tour DJ), music journalist David Katz, and have been championed on the airwaves by radio legends such as Steve Barker (BBC), Charlie Gillet (BBC) and David Rodigan (Kiss FM and others) to name a few of a very long list.

With the band embarking on more global ‘LEGACY’ touring throughout 2018 & 2019 and the momentum continuing to grow… there is no stopping the ‘Fire!! 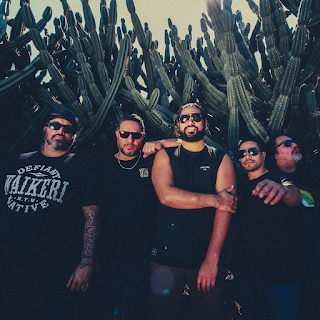 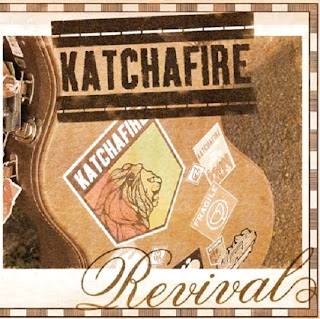 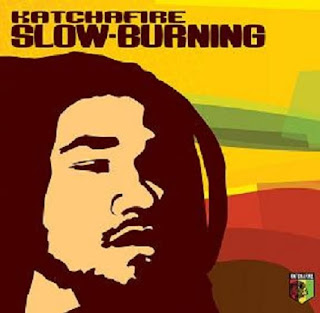 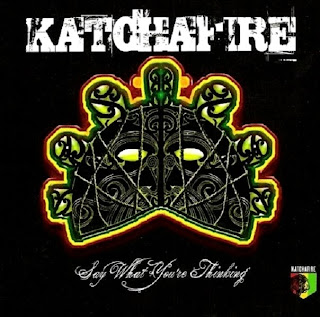 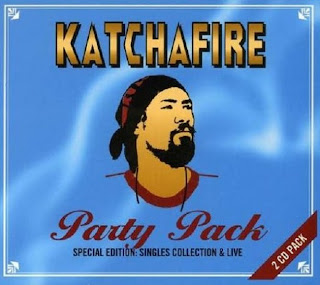 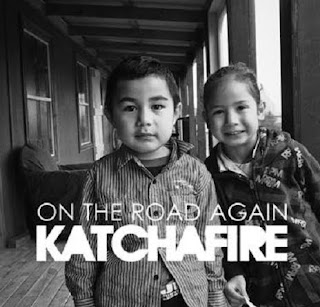 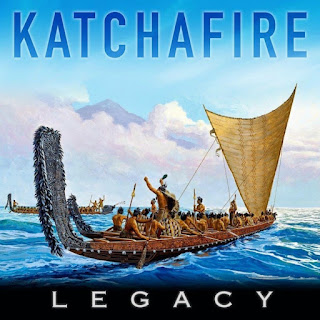 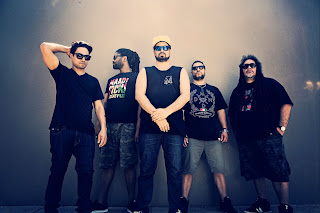 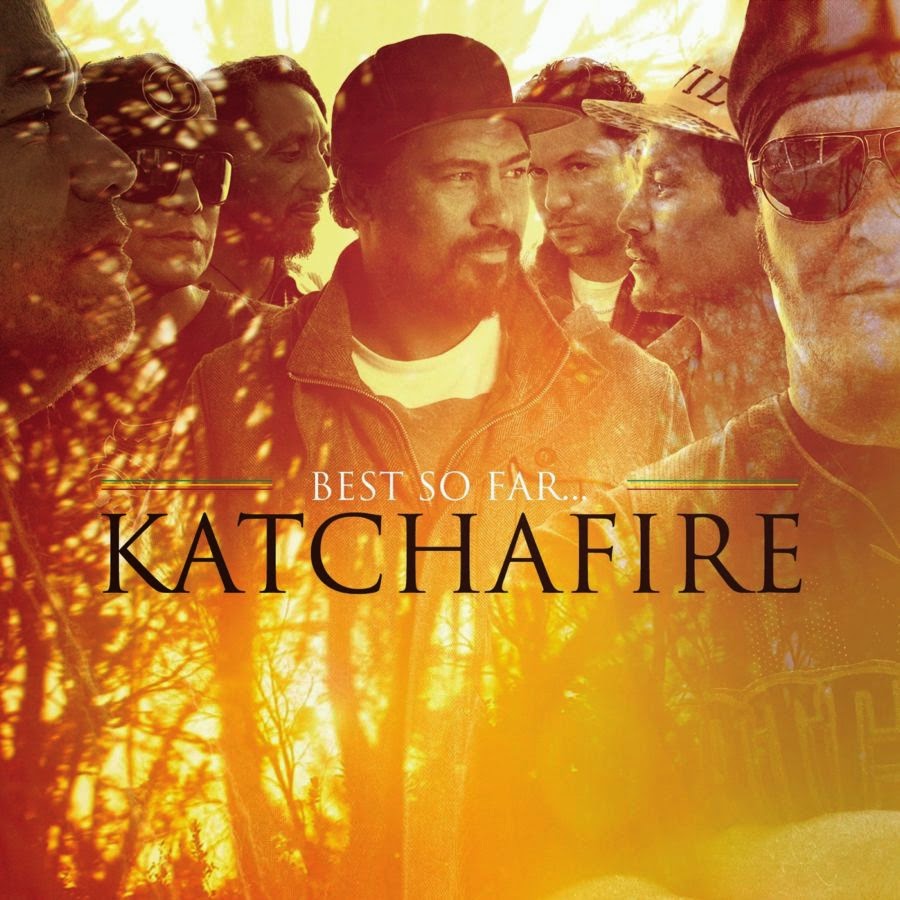 Pubblicato da Reggaediscography a 5:30 AM
Email ThisBlogThis!Share to TwitterShare to FacebookShare to Pinterest